These General Terms and Conditions of the Dutch Thuiswinkel Organization were drawn up in consultation with the Consumers' Association within the framework of the Self-Regulation Coordination Group (CZ) of the Social and Economic Council and will become operable as of 1st January 2012.

The following definitions apply in these terms and conditions:

Article 2 - Identity of the trader


Should the activity of the trader be subject to a relevant licensing system: the data of the supervising authority;

Should the trader practice a regulated profession:

Article 7 - Costs in case of withdrawal

Article 8 - Preclusion from right of withdrawal

Additional stipulations or stipulations that differ from these general terms and conditions, may not be detrimental to the consumer and should be recorded in writing, or in such a way that consumers can store them in a readily accessible manner on a durable medium.

Article 18 - Amendment to the general terms and conditions of Thuiswinkel

Rights can only be derived on the basis of the Dutch version of these general terms and conditions. 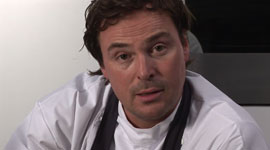